/ins When the British Academy of Film and Television Arts was planning the 73rd Awards organisers were keen to take a step towards greater sustainability. One of the big changes for 2020 saw the traditional prestigious gift bags given to the nominees and presenters replaced with a sustainable gifting wallet, filled with a selection of plastic-free experience and gift cards made of paperboard.

The alternative gifting wallet from sustainability travel goods company Groundtruth, made of recycled plastic was filled with cards loaded with services and experiences from EEBAFTA’s Official Film Awards Partners. The cards are Green Gift Cards® made by the UK company Livewire. The base material is Invercote Duo paperboard manufactured by the Swedish company Iggesund, whose wood pulp comes from their own well-managed and certified forests.

Australian actor Rebel Wilson made reference to the cards and wallet in her gag filled, but topical speech in recognition of the sustainability changes. The cards’ luxurious and gleaming impression has been enhanced by laminating them with a natural, cellulose laminate from Celanese. The gift cards are certified Plastic Free and their manufacture releases 97 per cent less fossil carbon dioxide than a corresponding plastic card. They are recyclable and can be disposed of in ordinary household waste streams.

BAFTA’s considered approach to the material used in the eco gifting wallet and paperboard gift cards has resulted in nominal environmental impact. It is a true reflection of the organisation’s global focus on bringing together the film, games and television industries to tackle their environmental impact and to encourage screen audiences to act for a sustainable future.

BAFTA is just the latest in a series of organisations and companies to switch from plastic to paperboard for their cards. Others that have taken the step include IKEA, Sky, Amazon and Selfridges.

“The debate over the use of plastic is making people ask why fossil fuel based materials should be used for something that’s used just a few times when there are better alternatives with much less of a climate impact,” comments Graham Lycett, Founder of Green Gift Cards, who also expressed his satisfaction with how sales of the paperboard cards are taking off.

Caption: BAFTA’s environmentally friendly gifting wallet containing Green Gift Cards® made of Invercote was given to the nominees and presenters at the annual awards at the beginning of February. The gifting wallet itself is made of recycled plastic and was presented in a bag made from cassava root, which is fully biodegradable. 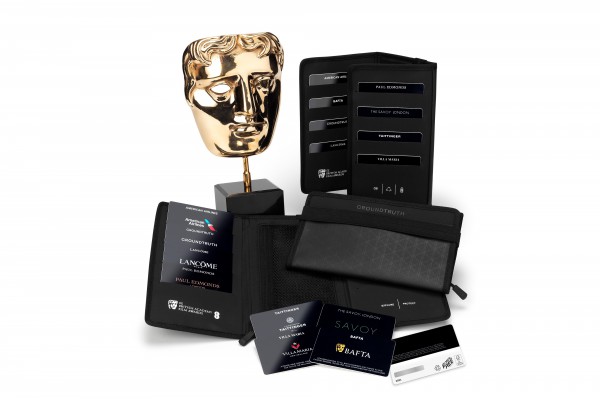