MAN Energy Solutions has announced its involvement in a number of different, African ventures, including the supply of generation technology for a newly built power plant in Chad, the expansion of an existing plant in Niger, and the commissioning of another power plant in Burkina Faso.

In Chad, the company will supply 4 × 18V32/40 CD engines to a new power plant providing a total of 35 MW to the national grid. Currently under construction north of national capital, N'Djamena, the transport of the plant’s heavy duty engines and auxiliary equipment over more than 1,800 kilometers by truck from the port city of Douala, Cameroon, will prove a particularly challenging task.

“Currently, just 10% of Chadians have access to electricity. We are proud that we can now make a significant contribution to the electrification of the country with our engines in this new plant,” said Ghassan Saab, Head of Power, MEA Region at MAN Energy Solutions.

MAN Energy Solutions is also involved in the expansion of a power plant near Niger’s national capital, Niamey. With 4 × MAN 18V48/60TS engines already in operation on-site, the addition of another engine of the same type will add another 20 MW to the power plant's total capacity, bringing it to a total of more than 100 MW.

“After this expansion, the Niamey power plant alone will provide over 45% of Niger's generation capacity,” said Saab. “However, Niger is still one of the countries in Africa with the lowest electrification rate and we are in talks with the country's government to increase it significantly over the next few years.”

MAN engineers recently commissioned 3 × MAN 18V51/60TS engines for a power plant expansion in Burkina Faso. The plant in Kossodo, a suburb of main city, Ouagadougou, will provide 55 MW of electrical power to the national grid, increasing the country's generation capacity by nearly 20%.

Despite delays due to the Covid-19 pandemic, MAN Energy Solutions was able to hand over the power plant to national utility, SONABEL, on time.

“SONABEL has relied on power plant engines from MAN Energy Solutions since 1978. In total, we have already supplied generation technology for five power plants that are still in operation across the country today,” said Saab. “Following the successful expansion of the power plant in Kossodo, almost 50% of Burkina Faso's installed capacity is now based on MAN technology.” 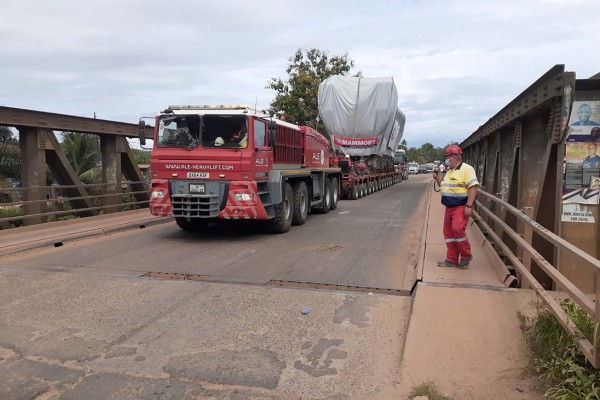