VTT and IQM have entered into an agreement to establish a co-innovation partnership and begin building Finland’s first quantum computer. The cooperation will bring together top expertise in quantum technologies and enable a leap in Finland’s quantum capabilities. The government of Finland has granted the project EUR 20.7 million funding.

The computer will be built in Espoo, Finland at VTT’s and Aalto University’s joint national research infrastructure Micronova, where the clean room environment used to manufacture the quantum components is located. Work will begin already during 2020.

“Finland has the potential to be the European leader in quantum technologies. I look forward to witnessing the opportunities that quantum will present to Finnish and European businesses and the competitiveness of the entire region,” states Finland’s Minister of Economic Affairs, Mika Lintilä.

The project proceeds in three phases

The innovation partner, IQM, was selected as a result of an international public tender. IQM is the European leader in building quantum computers. Earlier this month, IQM announced the completion of a new successful funding round, which puts its total funding to EUR 71 million.

“We are proud to be part of this cooperation and excited to work with the leading experts from VTT. This project is extremely prestigious for us and will offer a great opportunity to work together in ways that help build the future of quantum technologies.” says Jan Goetz, CEO of IQM.

The project will proceed in three phases. In the first phase, within approximately a year, the aim is a functioning five-qubit quantum computer, which will demonstrate Finland’s expertise in building quantum computers. The overall goal of the project is to build a 50-qubit device, by 2024.

Parallel to the work on the quantum computer, VTT will continue work also on other areas of application, such as quantum sensors, which are becoming important tools in medical imaging and diagnostics, and quantum-encryption algorithms, which can be used to protect information networks. These and other applications provide opportunities also for Finnish and European businesses to successfully leverage quantum technologies.

“By investing in disruptive technologies like quantum computing, we invest in our future ability to solve global problems and create sustainable growth,” says VTT’s President and CEO Antti Vasara

Minister Lintilä announced the decision about the innovation partner this morning at a joint virtual breakfast event arranged by the Ministry of Economic Affairs and Employment and VTT. In addition to representatives from the ministry, VTT and IQM, also participating were the Ambassador of Germany to Finland, Konrad Helmut Arz von Straussenburg,Chair of the Steering Committee for “Artificial Intelligence 4.0” program, Jussi Herlin, and Managing director, Country Manager of Pfizer Oy, Deb Mangone who participated in a round table discussion on the importance of quantum for European industry. Additionally, media representatives and stakeholders from academia and the business community were invited to join the event virtually. 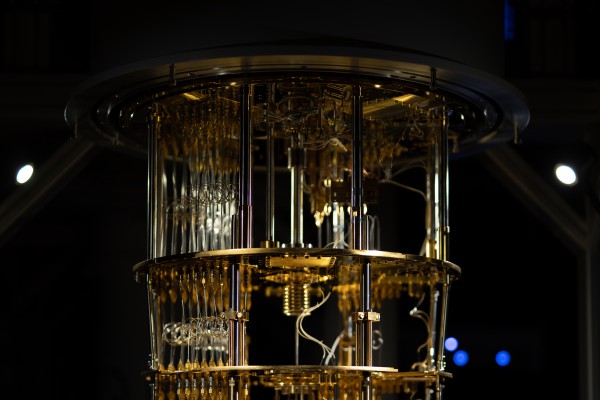 IQM is the leading European company designing and building superconducting quantum computers. IQM also provides partnerships and co-designs quantum computers for the specific needs of their customers. IQM has a world-class team of international quantum experts, located in Europe, building quantum computers for both the private and public sectors. Customers include governments, research laboratories, supercomputing centers, private organizations and others. IQM is a spin-out from Aalto University, Finland, and VTT Technical Research Centre of Finland. The team’s pioneering work has yielded breakthroughs in qubit reset, readout, thermal management of quantum circuits, and other innovative solutions.