When fully operational, Hornsea 2’s 165 8 MW Siemens Gamesa wind turbines will be capable of generating 1.32 GW of clean electricity – taking the title of ‘world’s largest operating offshore wind farm’ from its sibling project Hornsea 1. Together, the two projects will be capable of providing enough power for well over 2.3 million homes.

First power on Hornsea 2, which is located 89 km off the UK's east coast, was achieved after its offshore substation (OSS), the world’s largest offshore AC substation, and reactive compensation station (RCS), were installed in late October 2021. Since that time, Ørsted and its partner companies have been working hard to commission and energise the wind farm in preparation for its anticipated operational date next year.

Once Hornsea 2 is completed, power will be transferred from the 165 wind turbines via 373 km of array cables to the OSS and RCS, reaching the national grid via 390 km of offshore and 40 km of onshore export cables which terminate at the onshore substation in Killingholme.

A further two projects in the Hornsea Zone are also underway with Hornsea 3 receiving a Development Consent Order in December 2020 and Hornsea 4 currently going through the planning process. Collectively, the projects would make a significant contribution to the UK government’s target of achieving net-zero by 2050.

Patrick Harnett, Programme Director for Hornsea 2, said: “Achieving first power is an important milestone for the project and a proud moment for the whole team. Constructing a project of this size and scale is only possible through strong collaboration, hard work, and dedication. From here, we have the finishing line in sight as we install the remaining turbines and continue testing, commissioning, and energising our wind farm into the new year. A huge well done to everyone who has worked through the pandemic to keep the project on track.”

Duncan Clark, Head of Region UK at Ørsted, said: “Climate change is one of the biggest threats facing the world today, and we believe that the solution lies in deploying renewable energy resources on a much larger scale than anything we have seen so far. The UK is the global leader in offshore wind, and our Hornsea projects have helped pave the way for the next generation of offshore wind farms. Reaching this milestone on Hornsea 2 is testament to the incredible skill and commitment of everyone involved.”

About Ørsted
The Ørsted vision is a world that runs entirely on green energy. Ørsted develops, constructs, and operates offshore and onshore wind farms, solar farms, energy storage facilities, and bioenergy plants, and provides energy products to its customers. Ørsted is the only energy company in the world with a science-based net-zero emissions target as validated by Science Based Targets initiative. Ørsted ranks as the world’s most sustainable energy company in Corporate Knights' 2021 index of the Global 100 most sustainable corporations in the world and is recognised on the CDP Climate Change A List as a global leader on climate action. Headquartered in Denmark, Ørsted employs 6,672 people. Ørsted's shares are listed on Nasdaq Copenhagen (Orsted). In 2020, the group's revenue was DKK 52.6 billion (EUR 7.1 billion). 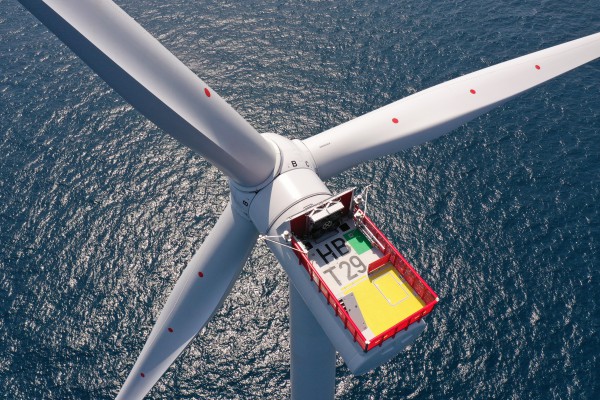 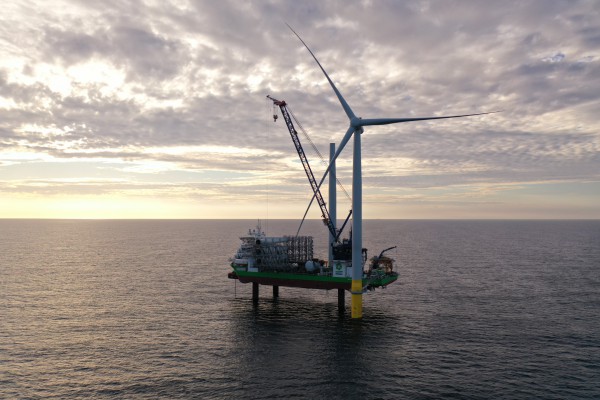